It started with the “Club Scene with Jen Birn” column and writing about music for The Daily Tribune’s Get Out Magazine while still in college and bartending at a local music bar. Then a “Hanging with Jen” column and year of nearly daily features for The Arizona Republic upon graduation. After a year at The AZ Republic I moved to NYC with aspirations of being ‘a starving writer,’ – and accomplished that freelancing for publications including  Maxim, Details, Glamour, Blender, ESPN the Magazine, Us Weekly, In Touch Weekly and The New York Daily News. Eventually I went staff, doing a year at Star under Bonnie Fuller before five years as a founding editor at OK! Magazine where also penned an (almost) daily blog: “Simplyjen: An Ordinary Girl with an Extraordinary Life.”

When what I think of as a golden, very special time in magazines crested and started changing with the introduction of blogs and gotcha journalism, I shifted gears to marketing, PR and novel writing. But, a journalist at heart, I’ve continued to freelance since quasi-journalism retirement, doing cover stories including Taylor Momsen for FHM and Jimmy Fallon, Renee Zellweger and Heidi Klum for American Way and several stories for now defunct Yahoo Travel and social good site Tonic.com. 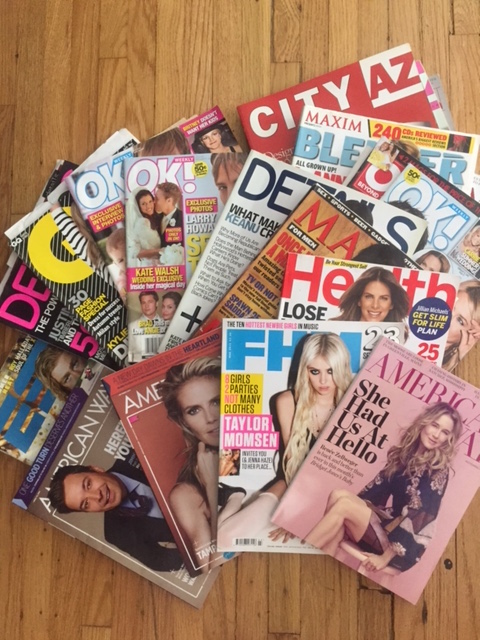